A quick guide to LRV specification and lifts

A quick guide to LRV specification and lifts 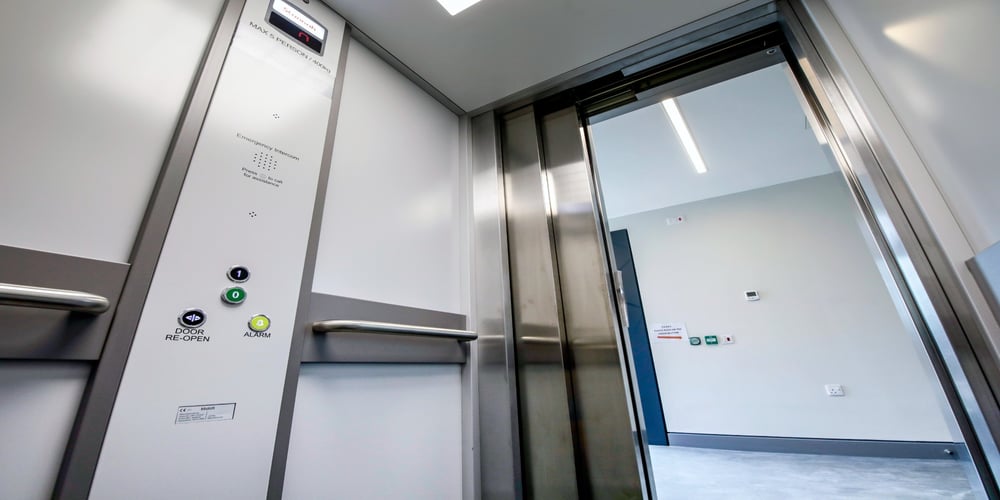 Lift design is ever-evolving and without a doubt, specifying the right surface or object reflectance for your lift cabin finishes is key to designing a building that everyone can use – especially the visually impaired. Find out more about LRV and lifts...

It is important not to confuse light reflectance value (LRV) with colour intensity. LRV measures how much light a colour reflects and absorbs. It runs from 0% to 100%.

Zero is assumed to be an absolute black and 100% an assumed perfectly reflective white. Approximately speaking, the average blackest black has an LRV of 5% and the whitest white at 85%. Some yellows can measure up into the ’80s or 90s as well.

Why is LRV important?

For the majority of people, colour differences can provide adequate visual contrast. However, this is not the case for all building users. People with vision impairments often distinguish surfaces by the amount of light they reflect.  The greater the difference between LRV and adjacent materials, the more likely the difference in surfaces will be identified, for example enabling the visually impaired to identify controls or distinguish lift car doors from adjacent walls.

Examples of where visual contrast and LRV difference between finishes can be required in lifts:

What do the building regulations and design guidance say?

As far as building regulations are concerned, and where compliance with Technical Guidance Document Part M 2010 is required, it is important to ensure that elements of a building do not pose a risk to people with vision impairments.

References for LRV tend to be in Building standards and design guidelines rather than specific lift standards. Below are some of the references to contrast and LRV that you should consider.

Contrast visually, when used to indicate the visual perception of one element of the building, or fitting within the building against another means that the difference in light reflective value between the two surfaces is greater than 30 points. Where illuminance on surface is greater than 200 lux, a difference in light reflective value should be a minimum of 20 points. Where door opening furniture projects beyond the face of the door or otherwise creates enhance differentiation and shade a minimum difference in LRV of 15 points is considered adequate (2).

3.28d - All call and control buttons contrast visually with the surrounding face place, and the face plate similarly contrasts with the surface on which it is mounted.

States that lift doors, handrails and controls should contrast visually with surrounding surfaces (no reference to actual values).

Advises doors and floors to contrast visually with their surroundings – no reference to values.

The only lift standard citing LRV are passenger lift standards (> 0.15m/s) within BS EN 81-70:2018 - Accessibility to lifts for persons, including persons with disability. Here the onus is on the customer to comply with lift identification to the background, and faceplates to its surrounding. Typically, as standard, all our passenger lift controls comply with BS EN 81-70.

How Stannah can help with colour specification

Increasingly we see more requests for colour considerations as awareness grows over visual impairments and increasing awareness of how dementia affects visual perception.

We state LRV on our finishes for our people moving lifts for specifiers to make informed choices on finishes to help make lift specifications easier.

1) For further information, reference should be made to Colour, contrast and perception – Design guidance for internal build environments – Reading University.